Limited 100% Discount for 1 Month Supply! Use "GIVEAWAY" Code At Checkout!

The Importance of Sleep for Acne 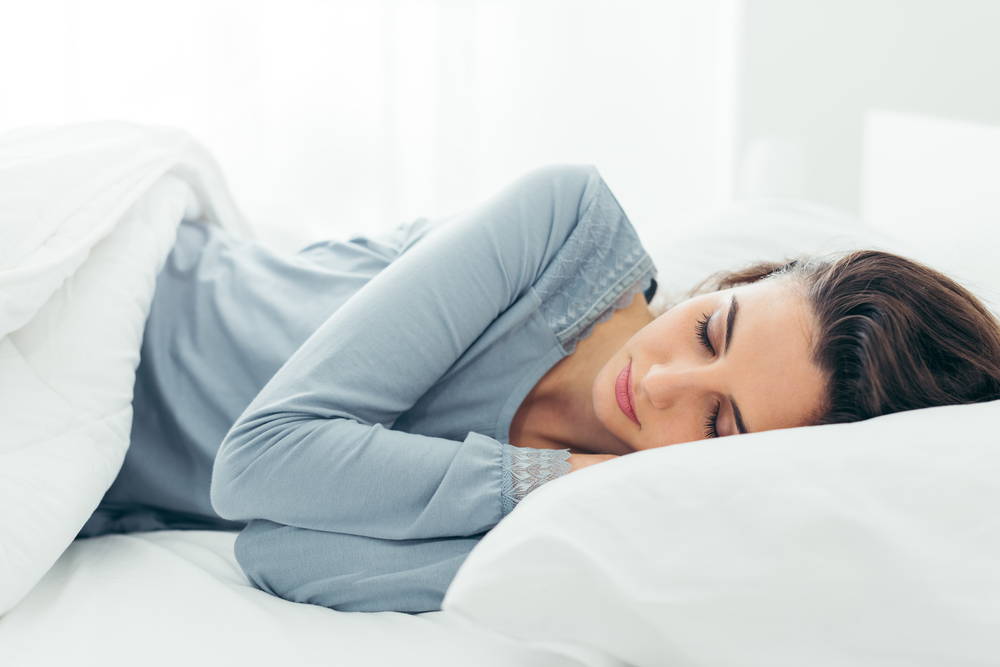 With our busy lifestyles, it’s becoming increasingly harder to squeeze in enough time for a full sleep cycle. However, we need to realize that sleep is crucial to regulate the vital processes of our body. Quality sleep is linked to skincare, physiological, and mental functioning, and holistic wellness.

What Happens During Sleep

The body’s largest organ, your skin is constantly working to protect and regenerate itself. During the day, your skin is busy defending itself from UV rays, pollutants, and other free radicals. But at night, the skin focuses on repairing itself, a time of intense regeneration.

This creates an active cell turnover and repairs whatever damages have been caused to the skin during the day. There are several different hormones released during sleep, all with different purposes. A sleep cycle lasts about 90 minutes, and during that time, the body goes through four stages of sleep.

These stages repeat about every 90 minutes throughout the night. When we shut our eyes to fall asleep, we begin to relax and fall into a very light sleep this is called stage one sleep.

Next is stage two sleep, which is a slightly deeper sleep than stage one sleep during this stage breathing and heart rate regulate.

The third and fourth stages of sleep are very important for maintaining skin health. During these stages the skin’s temperature drops to its lowest point allowing muscles to relax and become immobile, giving skin its deepest recovery of the night. The body goes into repair mode and produces cells and hormones that boost collagen production.

Collagen is a structural protein that acts as the building block for the bones, muscles, skin, and all other connective tissues. Collagen makes up nearly 80 percent of the skin, and it’s found in the middle layer called the dermis. It works together with another protein called elastin to strengthen, repair, and rejuvenate the skin.

This is the stage where skin regeneration happens, it replaces the dead skin cells, makes the skin firm, and boosts blood flow to the skin which gives healthy glow, bounce, and radiant complexion.

Skin cells go into makeover mode called cell mitosis which is cell division that renews and replenishes skin. Another thing skin does during sleep is to make the hormones melatonin and human growth hormone (hGH).

Melatonin is a hormone that is responsible for regulating the circadian rhythm (sleep/wake patterns). Melatonin is also an effective anti-skin aging compound. The body produces human growth hormone to help grow and repair your cells. During sleep, the body's hydration rebalances and regulates the complexion’s PH levels. Skin can recover moisture, while excess water in general in the body is processed for removal.

Why Adequate Sleep is Necessary for Healthy Skin

Getting low-quality or poor sleep negatively affects skin health. For maintaining healthy skin, the body needs to go through all four stages of sleep. In young persons the body produces a lot of collagen--that’s why children and teenagers have such bouncy, uplifted skin.

However, sometime in the mid to late 20s, the body stops producing as much. In fact, in your 20s, collagen levels in the body begin to drop by 1 to 2% each year. Lack of sleep can affect the skin’s integrity[1], including collagen production.

High-quality sleep is necessary for your body to release sleep hormones, telling the skin cells to begin their repair work. Therefore, getting an adequate amount of sleep can help the body make collagen to repair itself, which leads to skin looking more healthy and younger.

Another thing that connects sleep to the skin is cortisol or the stress hormone. In low amounts, cortisol is beneficial to the body because it heightens memory, lends quick bursts of energy, and maintains the body’s homeostasis. However, when the body is under chronic stress due to poor sleep, the presence of cortisol in the bloodstream is more prolonged. This directly affects the skin and other functions of the body.

In addition to that, cortisol works against collagen and breaks down the structural framework of collagen. This collapse is seen in the form of wrinkles and sagging skin which expedites the aging of the skin. Hyaluronic acid is a humectant (attracts and binds moisture to the skin) which gives the skin a healthy glow, bounce, and translucency. Cortisols destroy this humectant causing the skin to become a dry, dull, and dehydrated appearance.

Other Benefits of Quality Sleep

Apart from improving skin health, quality sleep boosts the immune system. The body’s immune system releases a type of small proteins called cytokines. These cytokines help your body fight inflammation, infection, and trauma and promotes wound healing. Without enough sleep, the immune system might not be able to function at its best.

Therefore, it is very clear that the body needs quality sleep to function effectively.

How to Best Achieve Quality Sleep

Sleep and good health are inseparable for well-being throughout life. Adequate sleep benefits your heart, weight, mind, and more. Sleep style can vary from individual to individual but suggested hours on an average is 8 hours of sleep a night. Here are a few methods one can adopt to achieve quality sleep:

Adopt a bedtime regimen: It’s important to start off by creating a room ideal for sleeping. A good sleeping environment is dark, quiet, and cool, all of these factors help prevent the disruption of your natural sleep cycle. Follow a standard regimen which primarily includes going to bed at the same time every day. This ensures that the body adopts a regular sleep pattern. It is very important not to disturb the sleep pattern. Erratic sleep patterns are harmful to sleep quality. Put down your computer and/or cell phone earlier.

Avoid Caffeine and Alcohol: Drinking alcohol in the evening could make your body more stimulated rather than ready to wind down. Alcohol also dehydrates the skin making it look dull and older. Also consuming caffeine before bedtime disturbs the sleep cycle. Caffeine is also a source of dehydration for your already-tired skin.

Herbal Tea: Adopt a pre-bedtime relaxation regimen consisting of Chamomile tea(herbal tea). Chamomile is one of the most common herbs which provides a wide range of benefits for both health and skin. Chamomile tea relaxes nerves and soothes the nervous system, also it contains apigenin, an antioxidant, that promotes overall sleep quality[2]. Due to its anti-inflammatory and antimicrobial properties, it promotes cell and tissue regeneration, helps the body to recharge.

Theanine:  L-Theanine is an amino acid that promotes GABA and serotonin production in the brain. This GABA support helps induce feelings of relaxation linked to better sleep quality[3]. L-theanine works via relaxation without sedation which can help with both mental clarity and pre-bedtime winding down. Because of this unique activity, Theanine is easily one of the best supplements for promoting sleep quality.

Magnesium: Magnesium helps settle down the nervous system, relaxes muscles, and helps stimulate the gentle drop in blood pressure that signals our minds to fall asleep. Not only can magnesium help you get to sleep, but it plays a part in helping you achieve deep and restful sleep as well[4]. Due to its role in promoting sleep, it helps the body to heal, restore, and eliminate toxins. 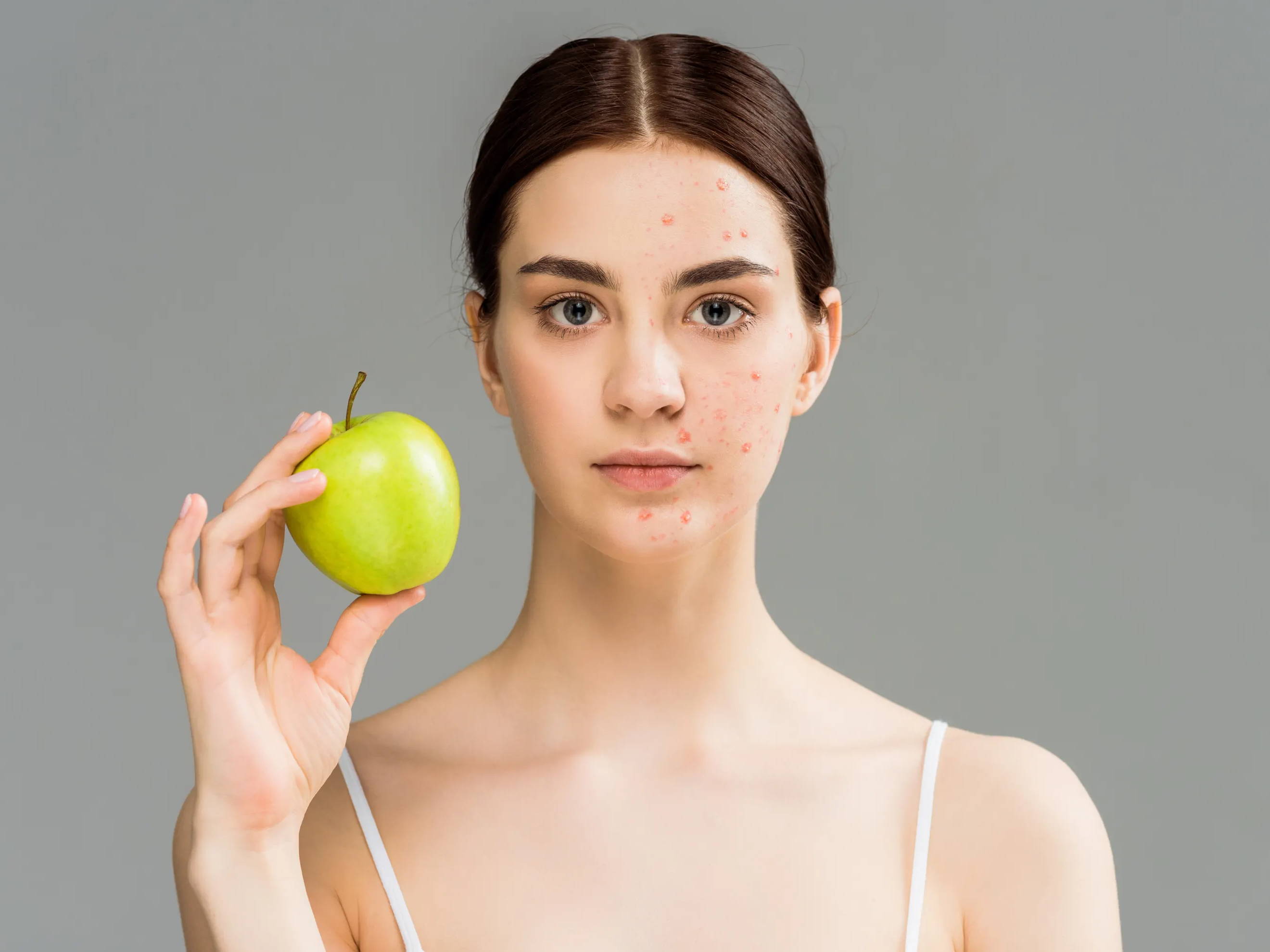 The 3 Best Vitamins for Fighting Acne

In-depth article explaining how vitamins can be used to fight Acne. Scientific studies of how Zinc, and Pantothenic Acid, can help achieve clear skin 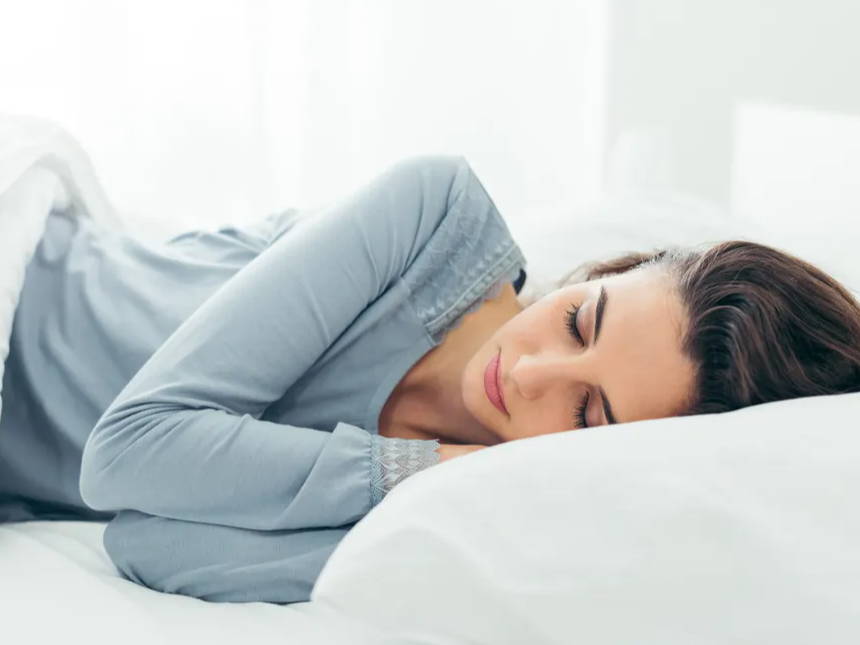 The Importance of Sleep for Acne

Sleep has a profound effect on acne. we go over what happens in your skin while you sleep, and why sleep is so important for clear and healthy skin. 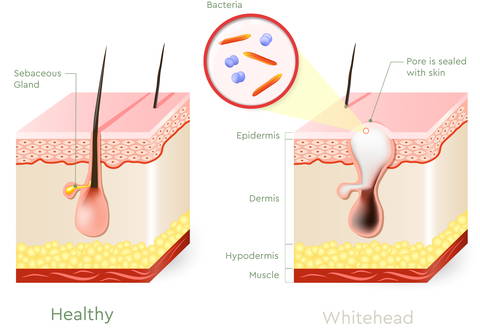 What are the various types of Acne, how does it develop, and what causes it.